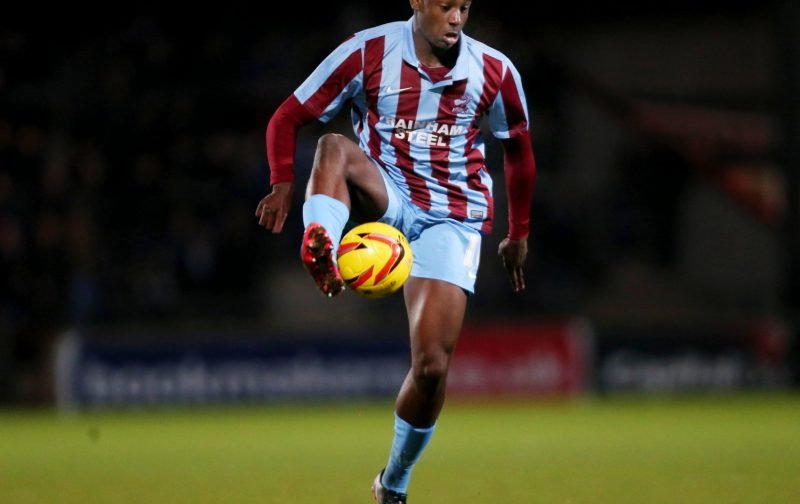 Rotherham United have brought in winger Hakeeb Adelakun on loan from Bristol City until the end of the season today with the twenty-three year old telling iFOLLOW that he is familiar with the area and having played here when he was at Scunthorpe likes the New York Stadium and knows some of the players including Matt Crooks.

Asked what he could bring to the Millers the winger said, ‘I like to get on the ball, like to be creative but I know it’s not going to be easy and I’ve got a massive point to prove to myself and everyone else but I’m ready to start doing that. I want to help this team push on.’

The Millers had been keeping an eye on Hakeeb for a while with Rotherham Manager Paul Warne saying he was ‘delighted’ to get his target after trying to sign him last January.

‘We couldn’t make it happen back then so to get him in now is really good,’ said the Gaffer.

Speaking about the former Iron player, Warney said, ‘he can play on the right, on the left and just behind the strikers which gives me a bit of flexibility but he has got to train himself into the team which he knows.’

Having lost Carlton Morris this week Hakeeb will take his place and It’s obviously going to help that he knows Crooks and Freddie Ladapo quite well who will take him under their wings. It also sounds like he’s flexible and the only worry I’d have over the lad is the lack of game time he’s had this season. He’s known as a ‘winger’ and we have another winger at the club who hasn’t been getting any minutes on the pitch which makes me wonder that there could be some truth in the rumours we’ve heard about Julien Lamy going to Birmingham City, which in my humble opinion, isn’t the best thing for him.