Eight Games To Be Loud And Proud 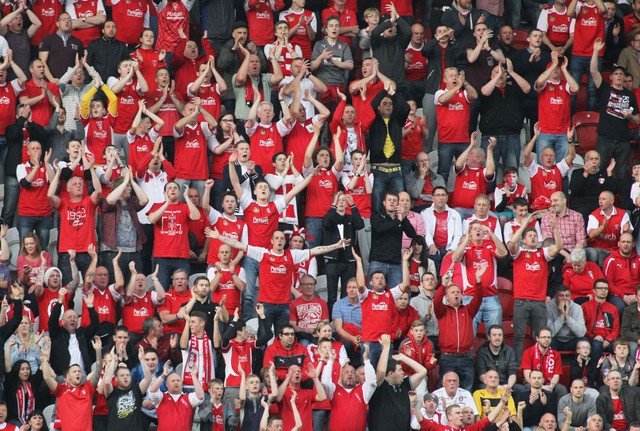 Rotherham United have just eight games before the end of the season – eight games in which to get themselves out of the bottom three of the Championship – with the first of those games being on Saturday away at Derby.

Millers Manager Paul Warne has, so far, always said he’s been proud of the lads and, I have to say, in my eyes too, this season’s players have looked happier, played brighter and performed better than the last time we were in this position two years ago – and, this time two years ago, Rotherham United were already relegated.

Before the game on Saturday Warney told iFOLLOW that there is still ‘all to play for’.

‘These last games are like a mini-season,’ the Millers Boss said, ‘with nearly everyone fighting for something.’

Saturday’s game sees March come to an end – a March that saw the Millers get their first away win of the season and saw us play very well against two of the teams who are likely to be in the top three in Norwich City and Sheffield United.

What we do need from these last eight games is belief – both from the players and from the fans. As fans we really need to get behind our lads and show them that, whatever the outcome of the season may be, we are with them all the way and will still be with them next season.

Eight tough games – eight chances to gain points and survive in the Championship for another season – eight ninety minutes to be loud and proud.