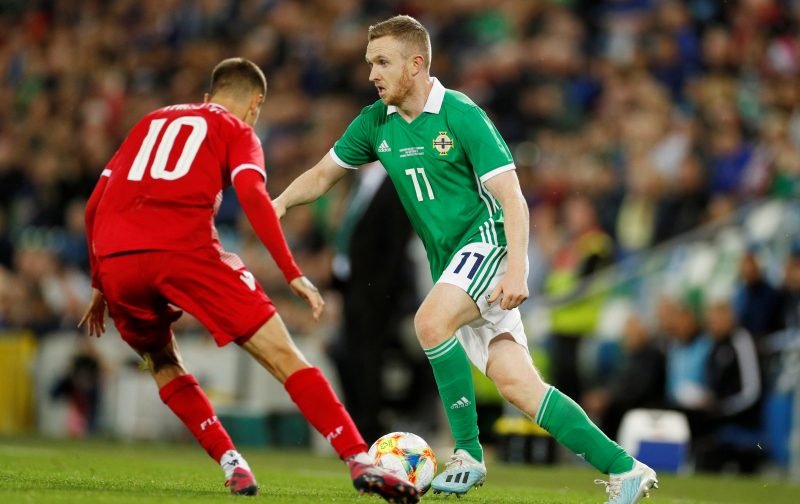 Rotherham United’s first signing of the pre-season, Shane Ferguson says that his aim is to help get the Millers back into the Championship as soon as possible.

Signing a two-year deal the left-back told IFollow that he is ‘excited’ to be at the New York Stadium saying, ‘I found out the interest in me about a week ago and after a call from the manager it was an easy decision for me to come here.’

Saying getting games is what he needs in his career right now, Shane said, ‘I’ve been in this league before and it’s a tough league, especially this year because there are a lot of big teams in it.’

Asked what he will bring to the team, he replied, ‘I’m hard working and I like to get crosses into the box. It’s a really young squad here so any experience I can give to help anyone I will do that.

‘I played against this team last year and it’s never been an easy game.’

Shane’s Manager Paul Warne is pleased to bring him into the squad telling the Official Site that losing Trevor Clarke it was imperative that we strengthened the left side saying, ‘I’ve been chasing him for a few weeks, we had to patient because I know he had a few other options, in the end I’m delighted that he’s decided to join us. He has the ability to play in three different positions and I feel he is a perfect addition for us.’