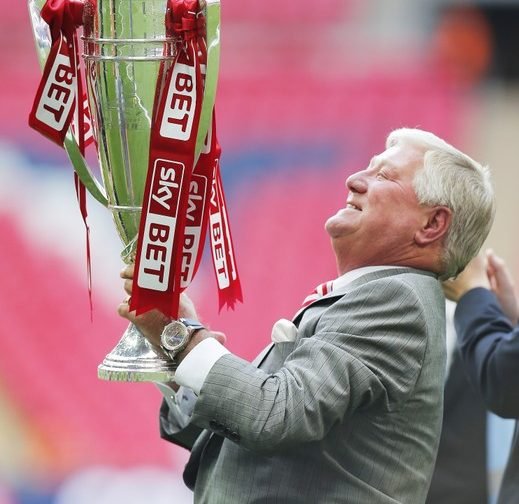 Rotherham United Chairman Tony Stewart is all in favour of Project Big Picture which could see money taken from the Premier League and given to the three tiers of the Football League to share as well as distributing the television revenue more fairly. If this proposed plan went ahead it would mean the Premier League dropping down to eighteen clubs with just two being relegated while the team at the top of the relegation zone having play-off games with teams from the Championship.

If this should come off then it looks rather rosy for the Championship and Leagues One and Two – and long overdue.

Speaking to Radio Sheffield Mr Stewart said he thought ‘Alleluia’ when he first heard of the plan saying, ‘At the moment Rick Parry (Chairman of the EFL) is doing a fantastic job. We are being starved of income (due to Covid) and something had to be done. This is a deal that has been waiting round the corner for some time and it will be a long fix that ticks all the boxes.

‘Football clubs in the EFL feed the Premiership and any funding that will allow people in the UK to run a football business while catering with the needs of the community has got to be good.’

Mr Stewart also said that a deal like this could attract people back who had previously been ‘sold out of the business of running football clubs saying, ‘What’s happened for a long time is that the Premier League through their successful marketing has driven a big gap between the EFL and themselves. When we see what the Premier League are paying for players and wages we look on and it seems to joke to us in the EFL because it’s untouchable, unreachable and we need to close those gaps. And this is a solution to get it nearer to where it should be.’

Another thing that Project Big Picture could do is stop the parachute payments being paid when clubs get relegated which is something else Mr Stewart is quite pleased about saying that relegated clubs automatically have an advantage of the clubs already in that league.

Personally, I’ve never seen the need for parachute payments and, like our Chairman, thought they were unfair. So I’d be happy to seem them go too.

Asked if the project went to a vote amongst the Championship clubs it would get the ‘thumbs up’, the Millers Chairman said, ‘yes.’