A Quick Look Back At August 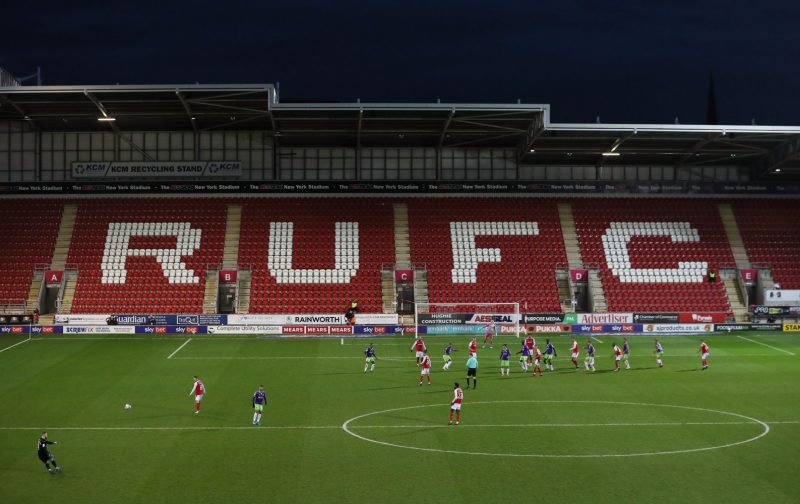 As we head into September let’s have a quick re-cap on what happened with Rotherham United in the first month of the season.

Firstly the Millers added to their playing squad by fetching in defender Hakeem Odoffin from Scottish side Hamilton Academicals. He came off the bench in the first game of the season to make his debut and has been involved in two other games since.

Hakeem was quickly followed by Rarmani Edmonds-Green on a season long loan from Huddersfield Town. Nicknamed Reg he made three appearances last month his debut being in the Carabao Cup making his league debut in our away win at Morecambe. And like buses Ollie Rathbone joined the same day from Rochdale his work rate soon making him a fans favourite. Ollie played in five of our game throughout August his debut seeing him on as a substitute in our first game against Plymouth.

The first game was at home to Plymouth Argyle and was a two-nil win with Freddie Ladapo and Ben Wiles scoring before half-time. Another home game saw the Millers take on Accrington Stanley in the Carabao Cup. A first half goal saw the visitors take the lead but Kieran Sadlier equalised in the second half only for Stanley to score ten minutes later to win the tie.

That same day saw young defender Tolaji Bola join on a three year deal from Premier League side Arsenal who is yet to make an appearance for the Millers.

Our first away game of the season saw Rotherham travel to the DW Stadium to take on Wigan Athletic. With it looking like we were going to get a point a ninety-fifth minute goal saw the hosts get the win. We followed that with another away game this time at Morecambe where a cracking goal from Michael Smith gave the Millers all three points.

Back to the New York Stadium and our first derby game saw Sheffield Wednesday the visitors. Towards the end of the first half Joshua Kayode won the hosts a penalty which Kieran Sadlier took and Owls’ ‘keeper Peacock-Farrell made a great save from. The visitors took the lead five minutes into the second half and thirteen minutes before time scored a second to win the game. It was also a game that saw Chieo Ogbene limp from the pitch although the fears this could be another long lay off were unfounded with the injury not as bad as first thought.

Another derby game loomed with Doncaster Rovers the last visitors of the month to the New York Stadium. This was a game which went better than the last with Michael Smith scoring two first half goals to give the Millers the win.

Rumours were rife all month about Michael Smith leaving – with Bristol City and Cardiff City both being linked with him. The fans didn’t want him to leave and neither did the manager or Chairman with Tony Stewart reportedly slapping a £10m price tag on the striker.

As the Millers fans bit their finger nails and held their breath the dreaded transfer deadline got nearer when news came out of the New York Stadium of a player leaving – but it wasn’t Smith, it was Curtis Tilt who has gone back on loan to Wigan. Then good news came that Smith was staying and another forward joined with Will Grigg’s arrival being announced just before the eleven o’clock deadline.

Going into September the Millers are eighth in the League One table on nine points. Our fellow relegated teams faired a little better, the Owls in second place and Wycombe in sixth both win ten points. Sunderland are top of the league going into the International break.