A Quick Look At Our Loan Players 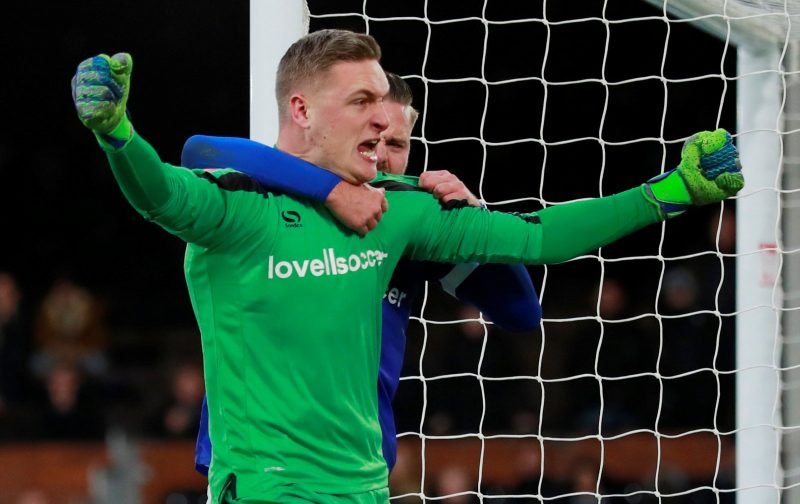 We should have been well on our way to Wycombe now but Rotherham United, like the rest of the teams in the country, haven’t kicked a ball since the beginning of last month thanks to the coronavirus that is sweeping the world so, let’s be honest, there hasn’t been much news coming from the New York Stadium.

So, I thought, we’d have a quick look at the players we have on loan at the moment and we will start with number one goalkeeper Daniel Iversen.

Daniel had been on Paul Warne’s ‘wanted list’ for some time and he eventually the twenty-two year old Danish U21 ‘keeper joined the Millers from Leicester City in the summer. He’s gone on to play in thirty-eight of our forty-three games keeping eleven clean sheets.

Twenty-two year old midfielder Dan Barlaser joined from Newcastle United at the beginning of July and, I think it’s fair to say, had an indifferent start to his loan spell with Rotherham. But, all of a sudden things started to click and he has fast become a fans favourite with many of us panicking when he was injured in our recent draw with Coventry City when it was first thought it would be the end of his season. Good news soon came from our manager saying the injury wasn’t as bad as first feared and he would soon recover. Dan has played thirty-five times this season and scored the first goal in a three-two come back against MK Dons and the winner at home to Blackpool. He was recalled by the Magpies so he could go into isolation when the season was put on hold.

January saw Hakeeb Adelakun arrive on loan from Bristol City picking the Millers over a reported ‘few other’ League One sides and taking up the role Carlton Morris left when he returned to his parent club Norwich City. The twenty-three year old has made nine appearances for Rotherham starting in all but one of those games.

Southwark born Josh Koroma came to Rotherham on the final day of the January transfer window from Huddersfield Town who he had made a number of appearances for in the Championship this season. His five appearances for the Millers have all been from the subs bench.

What about you? Would you keep all our loan players? Tell us here on Vital Rotherham.